TAPE DEALER is another dive-in into the early days of the Extreme Metal underground. Written by Dima Andreyuk (SEVEN INCHES OF DEATH/ TOUGH RIFFS), the TAPE DEALER book is an ode to the origins of the Death Metal and the tape-trading phenomena. Covering the glorious decade of 1984-1994, the bands from all over the world share their memories on the early underground scene, first recorded demo tapes and tons of “snail-mail” letters they received while trying to spread the word about the underground. 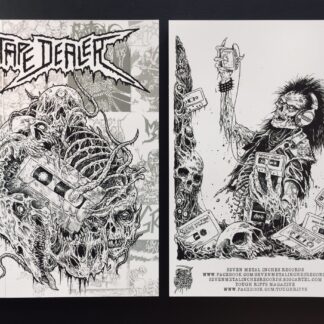