There’s no doubt that the events in Norway in the early 90s, and the way those events were covered by the media, had a huge part to play in the explosion and development of black metal culture.

Created by Hermann C and published by New Zealand publisher Lohengrin Productions, Black Metal Media 1992-1994 features with over 150 pages and over 400 scans of Norwegian media coverage of the early 90s black metal scene.

As has been granted by the outlets, each of these contains English summaries and translations of key information, providing a historical timeline of events as reported by the media. 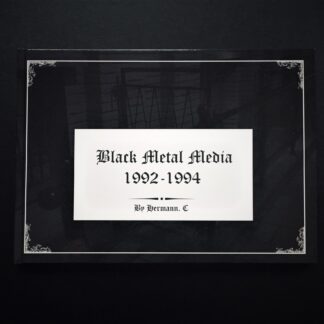